HYPERBOREA is an action project made real by our friend Davide Leopizzi. The name is taken from an ancient Greek myth that talks about the perfect land over the northern wind. The projects main support was a Vespa PX125E made in 1982, the only vehicle used for commuting and exploring places, giving the independence needed. Project Hyperborea took place from April 2015 to July 2015, starting in Salento and finishing in Riga, through Nord Cape and crossing Italy, Austria, Germany, Denmark, Sweden, Norway, Finland, Estonia and Latvia, oltogether making 13.000 Km on his own.

HYPERBOREA 2 is the amazing continuation of the first adventure, more than 15.000 Km long that Davide is following departing from Riga, passing trhough Central and Atlantic Europe, untill Reykjavik. Davide will face the whole performance in solitude on board of his Vespa PX125E 1982. Before reaching Reykjavik, he will pass many states; Latvia, Lithuania, Poland, Germany, Denmark, Netherlands, Belgium, England, Wales, Ireland, North Ireland, Scotland, Faroe Islands, Island. 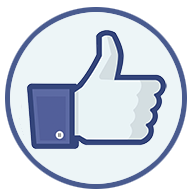